There are so many ways to explore the hills and mountains of Nepal. You could go trekking, expedition, or try something else. Without a doubt, one of the most seamless ways to explore these geographical giants is to go on a helicopter tour. The same thing implies that even in the case of the Langtang region. It is one of the most popular trekking destinations of Nepal, with so many natural attractions to explore. Now, if you’re not quite into trekking related activities, well, you could always try out the Langtang Heli tour. It allows you to experience the best in no time.

Langtang Heli tour is one of the best ways to explore the Langtang region. It’s easier, time-saving, and it helps the tourists have a unique experience. Generally, the Langtang Heli tour lasts for a duration of a couple of hours. It starts in the morning when the tourists board the helicopter in Kathmandu valley end in the late afternoon when they are dropped in the capital itself. In all this time, they get to explore the Langtang region aerially, and from the ground too. The helicopter tends to stop at major locations to allow the tourists to walk around the said area. 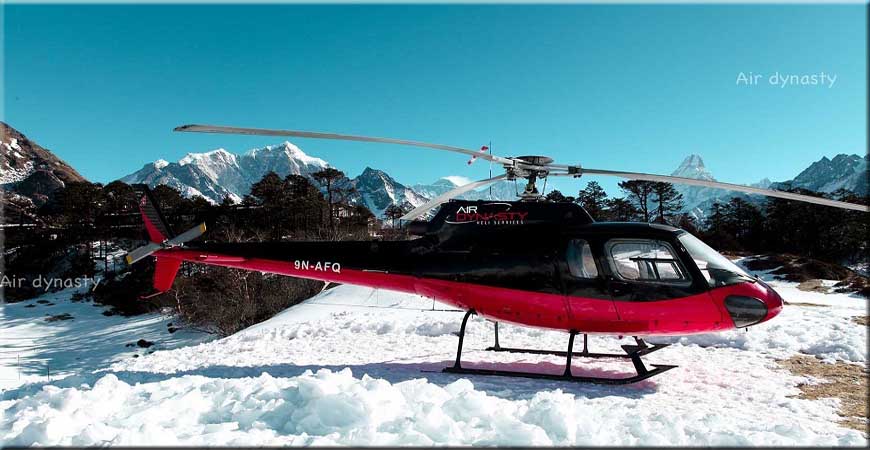 Langtang Heli tour is a tour of Nepal’s option, and it can be considered as a more convenient form of Langtang Valley trek. During this tour in Nepal option you follow the same route that the trekkers do, and some of the places that the helicopter lands in are the major attractions of Langtang Valley trek. Some of them are Langtang Village, Kyanjin Gompa, Tserko Ri Base Camp, and so on. Langtang Heli tour is the ideal choice especially for the individuals who love the mountains but are somehow unable to get close to them by walking. It’s a must-try tour.

One of the best things about the Langtang Heli tour is that it allows you to enjoy the views of some of the most prominent mountains in the Langtang region. You can view them from your helicopter seats, or you could feel the mesmerizing effects as you adore them from one of the viewpoints. The helicopter lands in major places, which also happen to serve as scenic viewpoints. Few of the beauties of the Langtang region are Langtang Lirung, Ganesh Himal, Sishapangma, and so on. Needless to say that the further ahead you go in your journey, the better the views of the mountains get, especially when you reach the top of Tserko Ri. 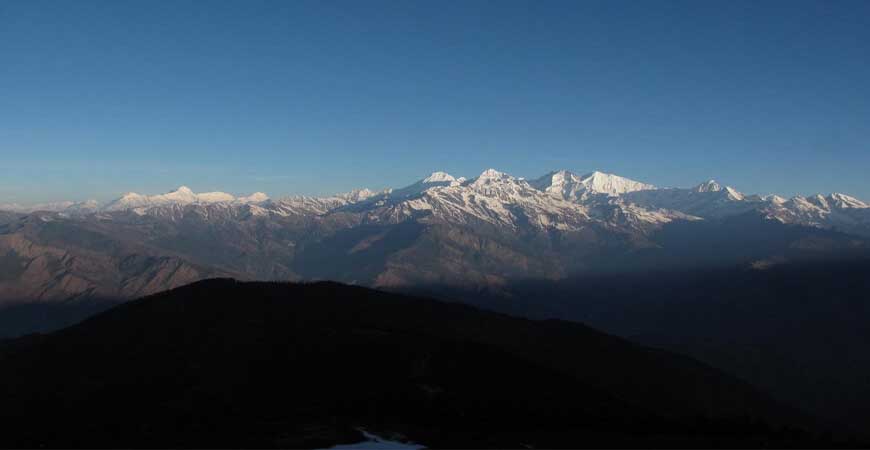 The most popular tourist activity in Nepal involves the mountains. Travelers from all across the world come to Nepal to view these majestic giants. Whether you go for trekking or expedition, you do come across the snowy peaks. The later even takes you to the top. Langtang Helicopter tour is yet another activity in the bunch that allows you to enjoy the mountain views, especially the ones in the Langtang region. If you’re someone who loves mountains, you have got to try a helicopter tour, and especially the Langtang Heli tour.

Now, most of the journeys that occur in Nepal happen to start from Kathmandu, and the same is the case with the Langtang Valley trek and Langtang Heli tour. In the case of trekking, a luxury vehicle takes the tourists from Kathmandu to Syabrubesi or Dhunche, which happens to be the starting point of most of the treks in the Langtang region. It takes 7 to 8 hours of bus ride to reach these locations. Now, in case of the helicopter tour, throughout the trip, you’ll be traveling in the helicopter, which includes covering the distance from Kathmandu to Langtang and back.

Langtang Lirung is one of the major attractions of the Langtang region and the Langtang Heli tour. You’d be able to view the mountain from numerous viewpoints on the route, and from the helicopter. Langtang Lirung happens to be the highest mountain of Langtang Himal, which is basically a mountain range with numerous peaks. The height of the mountain is 7234 m, and it was first climbed by the members of the Japanese expedition team in 1978. The other prominent mountains of Langtang Himal are Dorje Lakpa, Yala Peak, Langtang Ri, and so on. 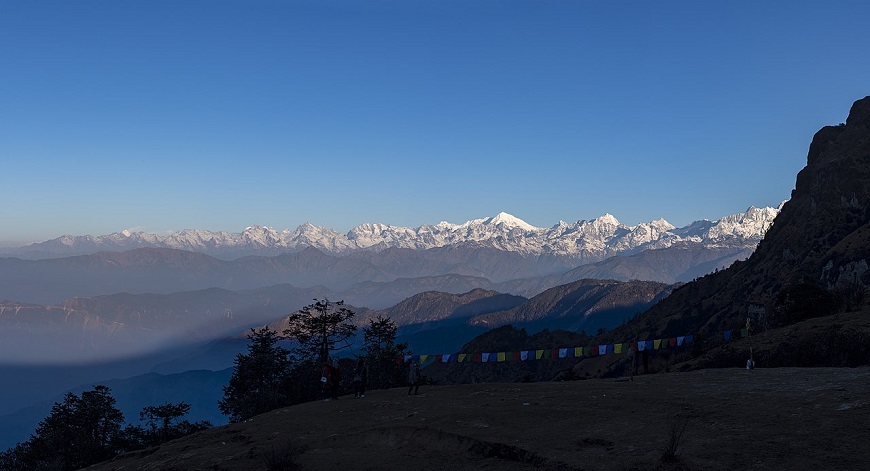 Now, you might think that Langtang trek map can’t possibly be of any use to you since you’re flying around in a helicopter, but that’s not the entire truth. Langtang trek map is a way for you to know everything possible about the Langtang region, be it the attractions, whether natural or cultural or the challenges that the trekkers generally face on the route. Of course, you wouldn’t require it to offer you guidance, but it is recommended that you carry it anyways. It’s a whole different level of fun to experience your helicopter flying on the same route that’s on the map.

Going on Langtang trek is the traditional way to explore the Langtang region. A lot of people tend to enjoy Langtang trek more than Langtang Heli tour, as the former tour option is more challenging. Now, one of the best things around the Langtang trek route is that you can extend it to be as long as you want. The basic Langtang route covers places such as Langtang Village, Lama Hotel, Kyanjin Gompa, and Kyanjin Ri. A lot of trekkers prefer hiking to the top of Tserko Ri as well. Both of these are mini-mountains that offer great views of mountains in the region.

You have the option to keep your Langtang trek route as basic as this one, and you’ll be able to finish the trek within 10 days. However, if you like adventure, you could extend the route to include places such as the settlements of Syabrubesi and Dhunche, high altitude mountain passes like Ganja La or Laurebina La, and most importantly, the number one attraction of the region, Gosaikunda Lake complex. All these attractions will make your journey more challenging, adventurous, and it will obviously take you twice the amount of time to cover them. 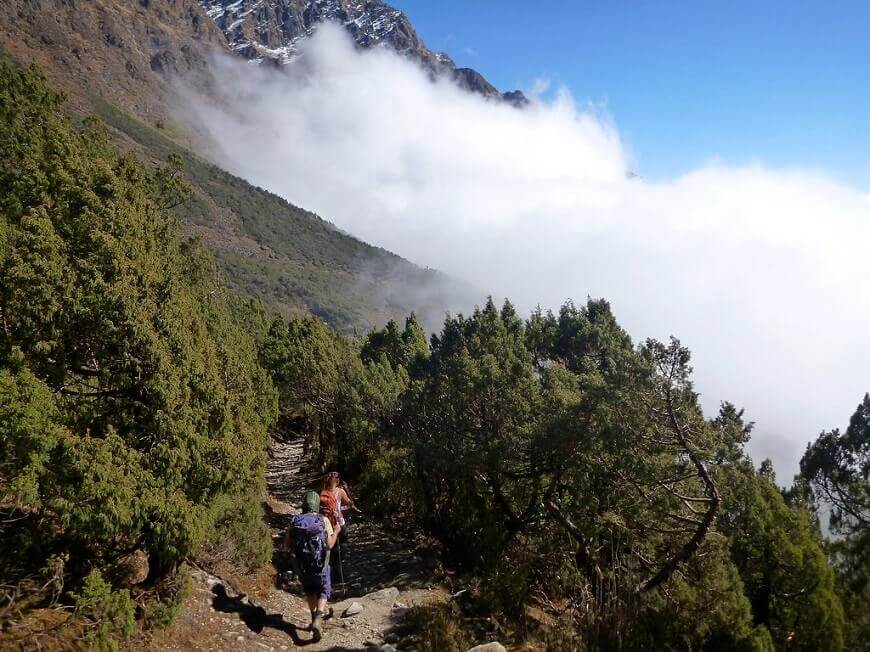 Gosainkunda Lake is a major pilgrimage site in Nepal. It is significant especially for the followers of Hinduism, as the lake is associated with the Hindu deity Lord Shiva. It is said that Shiva, with the help of his trident, sliced off a huge chunk of ice from the nearby mountains so that the lake would form and he’d be able to quench his thirst. In the month of August, a huge gathering of devotees takes place around the take. An interesting fact about the lake is that it remains in the frozen state for six months, and in its natural liquid state for the remaining six months.

Gosaikunda Lake is actually a complex of lakes or a lake system. There are altogether 109 lakes in the area, Generally, Langtang Heli tour doesn’t include the visit to Gosaikunda Lake, but the itinerary can definitely be tweaked to include it. Most people access the lake by trekking. There are so many things to explore in the Langtang region. From numerous cultural to natural attractions and so many others. 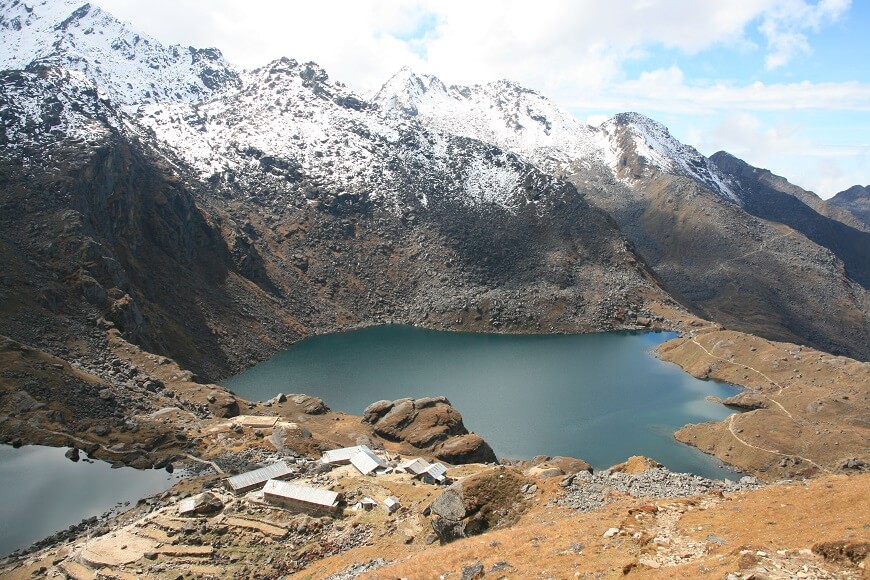 There is no way to possibly explore all of these attractions in one go. It is during times like these that Langtang Heli tour can prove to be an amazing option. The tour allows you to explore all the major features of the region within a few hours. Now, there is no way that it can be compared to trekking. It has a different charm altogether. However, the fact cannot be denied that the Langtang Heli tour is more convenient and a time-saving alternative.

Himalayan Trails Trekking is an affordable and reliable travel and tour operator. They specialize in trekking and expedition, however, they also offer luxury tour packages with features such as food and cultural tour, adventure sports, jungle safari, helicopter tour, quite like Langtang Heli tour, and so on. Their itineraries feature some of the most popular and off-the-beat places in countries like Nepal, Bhutan, and Tibet. If you’re looking to travel to any of these places, or try any of these activities, make sure to choose Himalayan Trails trekking as your travel partner during your upcoming holidays. You won’t regret it for sure.

previous
All About Langtang Trek For The Best Trekking...
next
Trekking To The Langtang Valley In Nepal...